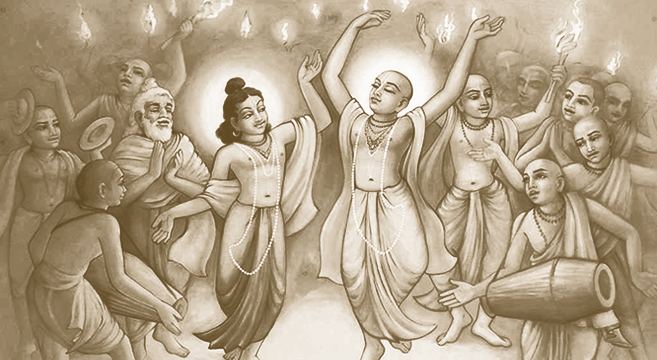 All Avanti schools promote educational excellence, character formation and spiritual insight. These values are relatively self-explanatory, but the Avanti ethos takes inspiration from a far more mysterious source – the teachings of Krishna Chaitanya.

Chaitanya was born in 1486 in Nadiya, then East India’s epicentre for learning and scholarship. At an early age he founded what quickly became the region’s foremost school, widely renowned for its teaching in logic, grammar and rhetoric. He went on to lead an early civil disobedience movement, contesting religious sectarianism. In later life, he turned his attention to spiritual ideals that transcended social and religious boundaries and thus paved the way for a great spiritual renaissance. He taught that the essence of education is to appreciate how everything has a special relationship with the divine. Such understanding culminates in a profound spiritual realisation of love, compassion and selflessness – the original, pure nature of every being. He emphasised spiritual equality and advocated that humanity can be united through a shared love of God, expressed through the singing of His many names. Chaitanya’s exemplary life heralded the dawn of an inclusive spiritual resurgence that continues to inspire people from all faiths.

By drawing on these teachings, Avanti Schools embrace a universal, inclusive approach to spirituality, aimed at rekindling a personal, loving and spontaneous relationship with the divine.

The following excerpt is from the introduction to ‘The Birth of Kirtan – The Life and Teachings of Sri Krishna Chaitanya‘ by Ranchor Prime. 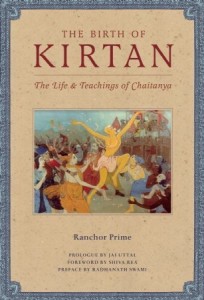 The Birth of Kirtan: The Life and Teachings of Chaitanya (Mandala Publishing)

Sri Krishna Chaitanya was that rare individual: a person whose life embodied his message. He wrote no books, organized no mission, had few direct disciples, and only lived to be forty-eight. During his adult years he was fully detached from the world, and virtually his only form of public teaching was kirtan, singing the names of God. In his final years he withdrew into seclusion from all but his closest companions. Yet in his brief time on earth he sowed the seeds of a spiritual movement that even now unfolds across the world. The message of Chaitanya was simple: look for the company of those devoted to the service of God and together hear about God and chant God’s names. By so doing, your love will grow and you will find lasting happiness. He gave profound revelations of the highest reality to a handful of intimate disciples, who preserved them for posterity in Sanskrit and Bengali poetry inscribed on palm leaves or the bark of trees. Until the dawn of the twentieth century he and his teachings were unknown outside India. It was, however, foretold that one day he would be known everywhere. In these urgent times of planetary renewal and transformation this prophecy is coming to pass and his story can at last be told to the world.

Chaitanya was born in Navadvip, West Bengal, in the year 1486 and mysteriously disappeared in 1533. He spent his last years in Puri, the then capital city of Orissa in Eastern India. He taught the path of devotion, known in Sanskrit as Bhakti-yoga, and shared his love for Krishna with tens of thousands across India. During his lifetime he was known as Gaurachandra (golden moon), Nimai (having been born under a neem tree), Vishvambhar (sustainer of the world), Krishna Chaitanya (living spirit of Krishna), and Mahaprabhu (great master). From an early age, he showed miraculous powers that persuaded many who were close to him that he was a divine avatar, a manifestation of the Supreme. Although in public he always denied this, his followers believed him to be an incarnation of Krishna.