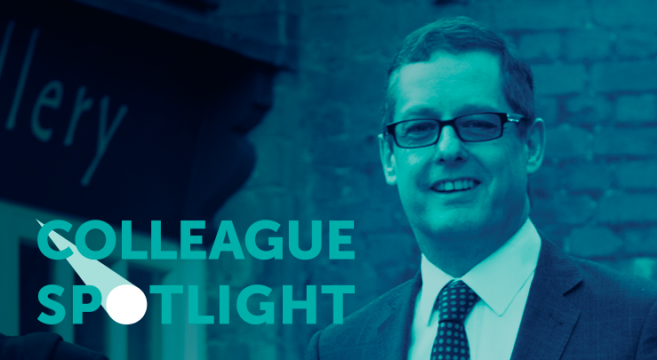 Avanti Life would like to introduce Mark Bennison, Principal of Avanti House, as well as Senior Education Officer for Avanti Schools Trust. He tells us why he took the role, and for him, what makes the school so special.

Although, on the Avanti House School website, I do offer a weekly blog of life at Avanti House (The Principal’s Journal principalahs.wordpress.com) this is my first contribution to Avanti Life since joining the Trust in September 2014.

I have held head and deputy headship roles across five different schools over 15 out of my 32 years in teaching. Whilst they have all been enormously rewarding and successful, I have served most of the time, by purposefully choosing and joining highly challenging, often failing urban and suburban schools. I have then played my part in building teams to lead them to good and outstanding judgments. This is why most of my friends and colleagues in education were highly perplexed when I told them about Avanti. Having researched it online, “What possessed you to choose something so out of the ordinary” would be their paraphrased question.

The answer is simple. Leading an Avanti Schools Trust free school – a Hindu designated faith school – is an experience out of the ordinary, and for all the right reasons. The foundations of this and all Avanti schools are the same. Our work at Avanti House is inspired by the teachings of the 14th century Hindu saint, Krishna Chaitanya Mahaprabhu. Chaitanya, a divine incarnation, was a social reformer and a key leader for the Gaudiya Vaishnava movement, whose successors now lead one of the largest Hindu sects globally. And our values – Respect, Self-Discipline, Integrity, Courage, Gratitude and Empathy quite literally spill out from His teachings and inform all that we do.

And what do we do? We aim to ensure, in the 15 years a student might spend at Avanti House, from 4–19, that character formation and spiritual insight stand alongside educational excellence with equal emphasis, rather than something that is bolted on to the curriculum to meet a cynical agenda. We also look, in our students, to build confidence, creativity and a spirit of enterprise. In this way we aim to work closely with families, to nurture all the traits, as the child becomes the young adult – to ensure that they do not merely survive, but they thrive as they move into the world.

Our schools, when visited, can be witnessed as already living this vision to the fullest extent. A momentum is gathering that is quite significant; in spite of the immense challenges around buildings and infrastructure we seem to face, relentlessly, the causal factors for which have been completely outside of our control. The result is, as a school, although getting steadily closer to it, we still remain a long way from our final, physical resting places. In spite of this, with resolve and resilience, our school – loved by students, staff and parents for its authenticity and purpose – continues to grow in reputation and in popularity.

As Krishna said to Arjuna, on the battlefield – symbolic also of all of the challenges of life that will continue to arise, fade and arise again:

“O son of Kunti (Arjuna), the non-permanent appearance of happiness and distress, and their disappearance in due course, are like the appearance and disappearance of winter and summer seasons. They arise from sense perception, O scion of Bharata, and one must learn to tolerate them without being disturbed.” Bhagavad Gita 2.14

about the author: Mark Bennison

Mark first became associated with the Avanti Schools Trust when he met the CEO, Nitesh Gor in June 2012. He has since supported the Trust in curriculum development and bid-writing being appointed to the position of Senior Education Officer (Principal) to the Trust. From September 1st 2014, the Trust deployed Mark to the position of Principal of Avanti House School. With considerable experience in headship and in school building projects, Mark takes over this all-through, fast-growing, high-achieving and popular school in Harrow, taking the reins from the inaugural Principal, Gareth Jones.