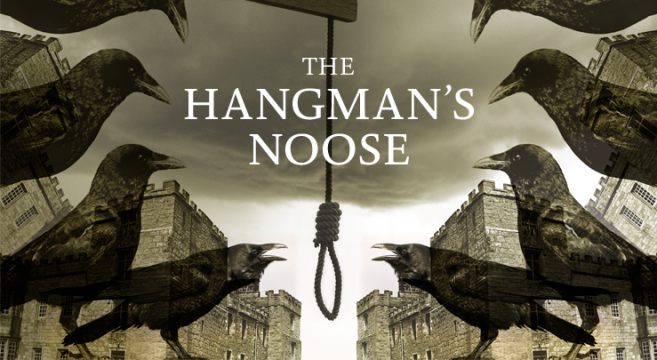 At Avanti House Secondary School in Harrow, students complete a weekly Free Writing task – an opportunity for imaginations to run wild, without fear of being levelled, a chance to use skills learnt in lessons, and experiment creatively with different types of writing.

Year 9 students were posed the following question: Imagine you are one of these objects from history – the Mona Lisa, the hangman’s noose, Stonehenge or the Orient Express. Write a monologue from the object’s perspective, in character (personifying the object) and explain your thoughts and feelings.

The following is an outstanding piece of Level 7 writing from Karishma Banga, contributed by Meera Vasudeva, Head of English, Avanti House.

There goes another life that I took so effortlessly. 1000. He was the thousandth person I had killed. Other nooses would celebrate but not me. I never asked for this life. I’m a murderer, a cold blooded killer.

At the start, I enjoyed it. Guilty criminals were put in a place where they could cause no more trouble-death. I liked wrapping my strong arms around their evil necks; the feeling of their bones breaking as the floor disappeared from their feet was… was exhilarating! People from far and near would come to witness my strength, staring emotionlessly.

However, it all went wrong when Mary came and took place in my death trap; she was accused of killing her own son. An unbelievable deed for a mother but the court had decided, there was no backing down. I had to bring justice.

She looked at me with tear filled eyes. These were not the eyes of a killer but those of a warm loving mother. I couldn’t let her looks deceive me. My arms were secured around her fragile neck and everyone waited in silence for the lever to be pulled.

“Wait, no! Please stop! I’m her son, she didn’t kill me!” The boy shouted from the crowd. I looked down at the limp lifeless body. He was too late. She was dead.

She was innocent. This criminal was innocent. For the first time ever I was the guilty one and she was the victim. I just took an innocent life. Shocked expressions stared at the poor woman; the air was filled with the ear piercing scream of the boy. What had I done?

The body was taken away and the child followed helplessly after it. The crowd cleared away leaving me to wallow in my shame. The painful memories pushed through as I felt her neck snap; I felt her lungs take their final breath; I felt her delicate light body become heavy with death. Her salty tears stained my ropes. Her tears were a permanent reminder of the monster that I am.

about the author: Meera Vasudeva