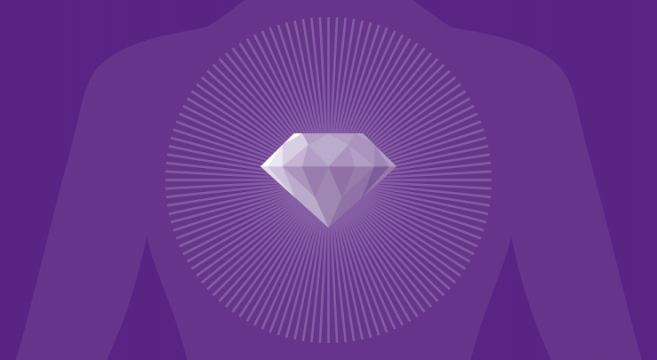 The Search for our Centre

Dr. Graham M. Schweig takes us on a journey to the centre of the heart, taking guidance along the way from Bhagavad Gita and the Yoga Sutras of Patanjali. For those on the path, he offers a reassuring revelation: as we move nearer towards our destination, our destination is also moving towards us.

The two major classical texts on Yoga, namely the Yoga Sutras and the Bhagavad Gita, indicate that the attainment of enlightenment requires great effort and discipline.

The practitioner’s exertion or effort or “intense discipline” (tapas) is a theme in the Sutras, and effort or striving (yatna) as necessary on the part of the practitioner for achievement of higher states of consciousness is a theme in the Gita. Most of the guidance in these two great works centers upon what we as practitioners should do, can practice, must avoid or engage, might perform, and so on. No doubt, there is much instruction on what we must do to strive for and achieve enlightenment in Yoga.

However, there is another side to enlightenment. It is a less known side, a more subtle or hidden side, a side that often goes unnoticed or that simply gets overlooked despite its dramatic expressions in the sacred texts on Yoga. It is the side of englightenment that is a gift, the side that is an offering from something much greater than ourselves. It is the side of divine grace.

In the Yoga workshops I offer, I often ask my students when introducing themselves to the group, “I know all of you have been doing Yoga. But how has Yoga been influencing you? How did Yoga enter your life? How did Yoga make itself known to you?” My query strongly suggests that Yoga is not just something that we do, but Yoga has a special power that does something to us. We have all experienced it in our own ways.

When we practice Yoga, a certain light of knowledge and devotion becomes ignited in us. In a general sense, this is englightenment. But the other side of enlightenment is the way in which the power of Yoga itself, a power independent of us, allows us to excel in greater levels of consciousness that formerly we could not even imagine. It is that power which, paradoxically, lifts us up into higher realms of achievement most effortlessly. The Gita tells us that this is the gift of the divine, Yogamaya, “the divine power of Yoga.” 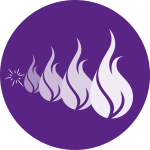 Enlightenment is not something that suddenly turns on one day. Rather it is something that we grow into more and more. Patanjali shows us that enlightenment is a developing thing in his exposition of the stages leading to samadhi and even within samadhi itself. Although samadhi is considered the perfection of Yoga, it too has many stages within its sabija phases, on the way to nirbija and dharma-megha-samadhi. From the very beginning of our practice, enlightenment begins as the tiniest spark and moves into its blazing fires that contain both its divine gifts and extraordinary achievements.

Patanjali cleverly presents an idea of divine grace in one of his longer sutra texts. If one knows to look for it, one finds in his vision of divine grace a most profound presentation and, perhaps surprisingly, a metaphorical description of it as well. The idea of divine grace or a certain power of Yoga that favours and enhances our practice can be seen in the experience of samapatti, which, amazingly, is presented only once in the Sutras in the following:

When the turning has ceased, when that which is inborn shines forth like that of a jewel in the one who grasps [the meditator], in the grasping [the act of meditating] and in that which is to be grasped [the object of meditation], one stands so near that one attains a state in which a magic ointment has been absorbed – this is samapatti.

What is being said in this sutra text? First, the turnings of consciousness that have been conditioned by the mind’s impressions cease. Then that beloved divinity, ishvara, embedded within the consciousness of self, shines forth like that of a jewel due to its pure turnings which are conducted within meditation, just as one turns a fine jewel to catch the light in its perfectly cut multiple facets. The turnings of conditioned consciousness cease while the turnings of pure consciousness occur in meditation. When the meditator, the meditating, and the meditated reach perfect harmony with one another, the meditator enters a meditative state in which he or she absorbs a magic or divine “ointment” that comes from the meditated. This ointment is a metaphor for divine grace. Thus samapatti entails a grace that reciprocates the efforts, strivings, and achievements of the meditator in reaching the divine object and in giving one’s self fully to the divine.

samapatti: a grace that reciprocates the efforts, strivings, and achievements of the meditator in reaching the divine object.

This text defining samapatti utilizes two metaphors for describing its experience. The consciousness of the meditator is compared to a jewel that is so pure, so polished that it can shine forth due to its capacity to catch the light that shines down upon it. The implied element of light in the aphorism’s first metaphor of the shining jewel is reinforced by the explicit and tangible substance of an ointment that is put forth in the second metaphor of the sutra text: that state of consciousness in the meditator that absorbs the ointment from the object on which he or she is meditating. This light, this ointment, which comes from a divine object in samapatti, powerfully expresses to the reader of the sutra what the essential mechanics of divine grace in Yoga are.

The nitty gritty: confronting the conditioned mind and its deeply ingrained habits. Break these patterns and real meditation can begin.

Through sustained concentration and devotion, you have succesfully placed the object of your meditation at the centre of your conscious self.

Your efforts are rewarded. Now in the deepest of all meditative states, the once elusive object of meditation finally manifests, shining upon you.

It is known that Patanjali was himself an Ayurvedic physician and thus it is no surprise that he would draw imagery from that field to describe the ultimate state of Yoga. The application of this “ointment” (anjana) certainly draws imagery from Ayurvedic massage, in which the doctor applies the medicinal ointment to the body with the circular “turning” movements of the hands, with such massage strokes always moving in the direction of the patient’s heart. In Yoga, when the turnings of consciousness are likewise turning in the direction of the spiritual heart, these are the unconditioned, pure turnings of consciousness that one discovers in the deepest meditative state of Yoga as samapatti.

It is important to note that Patanjali uses the word grahir (“the one who grasps”) for the meditator, the word grahana (“the grasping”) for meditating, and the word grahya (“that which is to be grasped”) for the object upon which one meditates. These three components that are united in samapatti as subject, verb, and object of meditation, respectively, are all derivative from the Sanskrit verb root grah, which most literally means “to grasp.” Naturally this verbal root is the same root from which one of the most commonly used words for “grace,” namely anugraha, or that which “follows (anu-) the grasping (-graha)” of the divine, is derived.

As we are to “grasp” the divine in meditation, so now, in response, divinity “grasps” us in the form of divine grace. This is anugraha. We can observe anugraha or that grace which follows in response or in reciprocation to the yogi’s strivings and efforts in the Bhagavad Gita. The following two verses illustrate the grasping of the yogi, as it were, and Krishna’s response of divine grace:

However, for those who, having fully renounced all actions in me, are devoted to me,

Through this yoga and by no other means; who, meditating on me, offer worship;

For them, I soon become the one who completely lifts them up from the ocean of the cycle of death,

O Partha, for their thought has been drawn to enter into me.

Here it is so eloquently stated by Krishna that for one who is a yogi, who is fully absorbed in and devoted to pure action and meditation, and with a pure heart, divinity quickly becomes the deliverer of such a soul from samsara, the endless “cycle of death.” Indeed, the consciousness of such a yogi “has been drawn to enter” into the divine.

From this discussion, it is hoped that this special power of Yoga may be more appreciated. It is a power that we cannot control, it is a power that cannot be predicted. It is a gift, it is a grace, it is a cause of gratitude and reverential awe in a practitioner for whom this power has been efficacious and so moving. Thus it is in Yoga that we are to be united with something much larger, much greater than ourselves, something that contains the whole universe.

And when we become fully self-realized, fully self-aware, fully enlightened, as it were, we will traverse to the other side of enlightenment where we can now afford to lose ourselves completely in the selfless service of others’ hearts fully. It will occur when we are dwelling in this state permanently, when we will experience special graces of the divinity within us, around us, and everywhere. There is no limit to the ways in which the divine can so sweetly and lovingly embrace us.

about the author: Graham Schweig

Dr. Graham M. Schweig earned his doctorate in comparative religion from Harvard University. He was a former Resident Fellow of the Center for the Study of World Religions at Harvard. Graham was a Visiting Fellow at the Oxford Centre for Hindu Studies of Oxford University, has been invited to be a Visiting Fellow of Clare Hall at Cambridge University, and was formerly Visiting Associate Professor of Sanskrit at the University of Virginia. Graham’s teaching began as a Teaching Fellow at Harvard, and Lecturer at the University of North Carolina as well as Duke University. He is regularly consulted by dissertation committees as a reader or advisor for doctoral candidates around the world. He is presently Professor of Philosophy and Religious Studies and Director of the Asian Studies Program at Christopher Newport University in Virginia. Graham has contributed numerous pieces to encyclopedia volumes, journals, and books. Among his books are DANCE OF DIVINE LOVE, which was published by Princeton University Press (2005), and BHAGAVAD GITA: The Beloved Lord’s Secret Love Song, which was published by Harper Collins Publishers (April 2007).